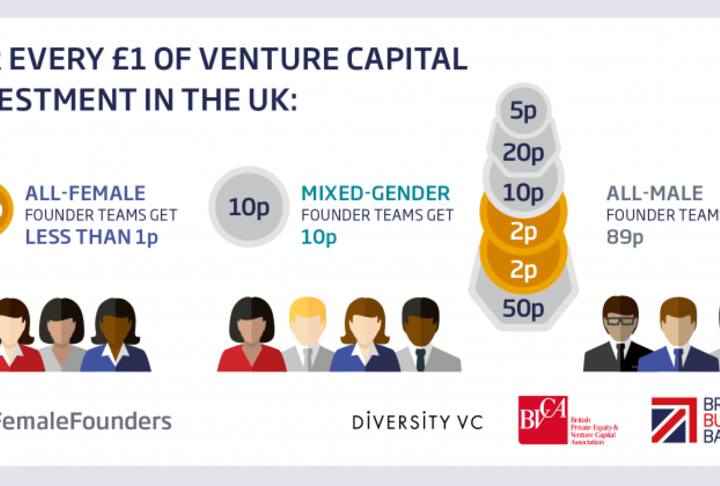 Female start-up founders are missing out on billions of pounds of investment, new research published today finds. The UK VC & Female Founders report found that for every £1 of venture capital (VC) investment in the UK, all-female founder teams get less than 1p. By comparison, all-male founder teams get 89p and mixed-gender teams get the remaining 10p. The report found that venture capital investment in start-ups with female founders is increasing but progress is very slow. At current rates, for all-female teams to reach even 10 per cent of all deals will take more than 25 years (until 2045).

The outcome of this is that 83 per cent of deals that UK VCs made, equivalent to 89 per cent by value, had no women on the founding teams. This equates to an estimated £5bn of investment going to start-ups with all-male founding teams.