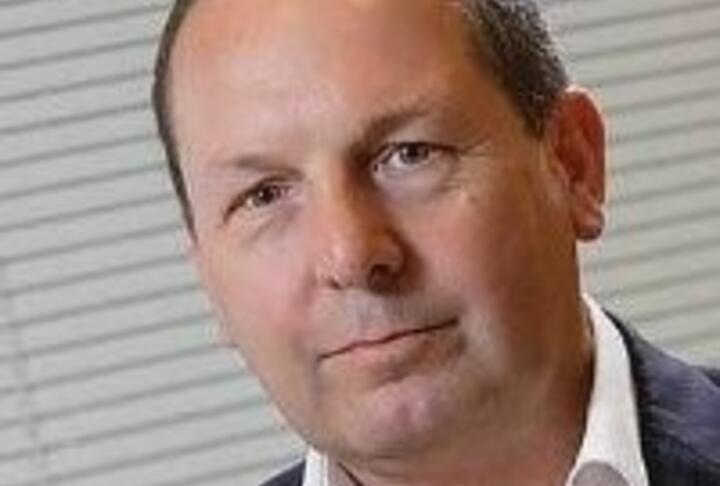 Last December, we invited Nick Ogden, founder of ClearBank and WorldPay, to our offices for a presentation about RTGS, and a new interbank network the company was developing, where the benefits of the real-time gross settlement are uniquely matched to real-time guaranteed liquidity. RTGS Limited was founded by Nick Ogden, the entrepreneur who, as the founder of WorldPay, invented e-commerce. More recently, Nick founded ClearBank, the first new clearing bank approved by the Bank of England in 250 years.

So much has happened since then. In this interview, by Hannah Duncan, published here by courtesy of Hannah Duncan Investment Content, Nick Ogden explains the impact of COVID-19 on fintechs. Our CEO, Matt Gamser, commented on the situation as well. Read the full interview in this article, originally posted here: https://www.hdinvestmentcontent.com/post/let-fintech-help-smes-access-loans-now-an-interview-with-nick-ogden.

Across the UK, the number of workers being furloughed is rising. As of today, it’s already hit a staggering 6.3 million people, or 23% of the UK’s working population. To try and deal with the impending economic demands, Chancellor of the Exchequer, Rishi Sunak has unveiled plans to help. For the 5.9 million small or medium-sized enterprises (SMEs) accounting for around 16.6 million jobs, there’s support available in the form of furloughing schemes and bounce back loans. The bounce back loans - which were introduced on Monday - provide SMEs with up to £50,000 to help weather the storm. But there’s a snag. There are only a handful of historical banks providing the scheme including (as of today), Bank of Scotland, Clydesdale, Danske Bank, Natwest, Santander, TSB, Ulster HSBC, Barclays, Lloyds and RBS. They’re already over-stretched with unmanageable credit demands from desperate businesses. With the introduction of the bounce-back loans, in just one day they’ve had over 100,000 applications.

But while the banks are drowning in loan applications, fintechs – such as alternative lenders - don’t seem to have been invited to the conversation. Despite being one of the jewels in Britain’s crown, renowned for their savvy solutions and agility, they’ve been out left in the cold.

If it’s an oversight, it’s an extraordinary one. Only two months ago the Bank of England published a paper proposing to scale-up open banking and fintech. Around the same time, Mr Sunak himself unveiled a “major review” of the sector, to explore the opportunities and strategic support for the blossoming industry.

The quick-thinking fintechs are certainly well-equipped to help, with e-commerce inventor Nick Ogden having already created a purpose-built a loan platform backed by more than 167 alternative lenders. The platform is ready to go and is simply awaiting a thumbs-up from government. So, what’s the hold-up? I spoke to Nick Ogden himself – the inventor of e-commerce (!) and founder of no less than four leading fintech giants - to find out more.

Last I checked, your platform was ready to go, and you were just waiting for the go-ahead from government. Have you heard any update from government?
Nick: No - we’re still waiting to use the alternative lending platform, we have close to 70 people on-boarded and we’re ready to prime the system. We need the government to provide a line of £5 billion that would be available through Clear Bank, and then we launch.

This morning I dropped a new note to the Payment Services Regulator (PSR), letting them know that we’re here and ready to help and concerned at the potential impact on the marketplace.

Because if anything, things are going backwards.

Yesterday (4th May) in the BBC news - perhaps you saw? It went from bad to worse. They’re now encouraging businesses to switch back to historical banks to access the bounce back loan.

Why do you think that banks have been unable to cope with the loan processes?

Nick: It’s not so much that they can’t cope, it’s about spreading the distribution of loan applications. Banks need to be able to handle all with the enquiries so that they can get cash distributed to prevent failures.

The problem is that people – businesses - they can’t get through. It’s not really the banks’ fault because they were never really geared up to handle these kinds of demands on this scale.

Across the UK, we need to leverage all of our banking and fintech assets to help these struggling businesses get the liquidity they need. Challenger banks play a critical role in the UK economy.

Fintech can onboard businesses quickly and help them. Perhaps you saw that there was even a paper published by the Bank of England in March this year? – I’ll forward it to you now - which stresses the essential role that fintech can play to help SMEs borrow money.

So with that in mind, why aren’t fintech and alternative lending platforms being used?

Nick: I’m sure it’s an oversight. It’s ironic because the fintech sector has thrived under this government over the past ten years, so it can’t be deliberate

There’s an apparent lack of awareness of the fintech market space.

So nothing controversial? No conspiracy theories about the banks wanting to protect their role from the fintechs?

Nick: No, nothing like that. I’m sure it’s not deliberate. But I am trying to get the message across that there is a sector that the government facilitated – created even – and they’re not using it.

You recently said in the Financial Times that, “the current government is killing it's prize fintech sector” is this what you were referring to?

Nick: Yes exactly. We have a whole raft of companies who are not included on the scheme, such as Monzo or Tide – customers are in effect being told not to go to them.

If alternative lenders and fintechs are used to help get loans to SMEs – and they prove to be more efficient than banks, do you think they’ll be a shift in the way they’ll be perceived? Could they even be more trustworthy perhaps?

Nick: That may have already started. There was actually a study conducted in March about how in the UK the fintechs are already more trusted than banks – The Bank of England Report. It also suggests that fintechs need to be leveraged for crisis.
Fintech is getting political – is the face of fintech changing?

Nick: I think they’re lobbying out of frustration more than anything else. Although maybe there are some opportunists too.

We’re really just trying to get the message across to government that there’s a sector that they have created, and it’s not being used.
Why is it so important to champion SMEs?

Nick: Although they employ fewer people, there are more of them. Across the 1-2 million small or medium businesses there are around 6 million people which have been furloughed, which potentially and sadly leads to unemployment.

The bounce back loan limit (max value £50,000) is not really ok for all businesses either – it’s just not a sufficient cashflow.
We’ve looked at the maths and we’ve found that £150,000 is a better sum for SMEs to work with.
This is the sum of money which is being provided in government loans by countries such as Switzerland, France and Spain, and we’ve found that people are being much more conservative with the sums. They’re spreading that cash further… as obviously most businesses want to succeed so they’re able to better plan with a larger sum.
Final thoughts?

Nick: I hope that in six, seven or eight weeks, after this medical emergency has started to pass, that it doesn’t become obvious that our government didn’t use all of the tools available to help get business through this pandemic. In the UK, we have an advantage with fintechs, that we’re not making use of.
.............

Like Ogden, he’s expressed his disappointment at the way the fintech sector has been excluded from helping businesses access loans in the crisis.

Gamser commented: “In general, I would say that we've learned since the last financial crisis about the potential of fintechs to offer a better service for SMEs, particularly with respect to user experience and timeliness of decision making and service delivery. During this crisis, when this timeline is more important than ever, it's disappointing that few governments are finding effective ways to include fintechs in their COVID19 response efforts”.

Across the board, fintech has been stepping up to help out businesses voluntarily. Whether it’s government lobbying, support platforms like Save My Local or free advice, and calculators like COVID Credit, many have been at the front line using their talents for good. So why are they being left in the dark by government? As I type, I hope that the rules are changing. I even hope that there will be no need to publish this article. Wasted work is nothing in this new world of mass furloughing and struggling business. SMEs need help now. How many businesses will go under before our government starts to harness the power of its extraordinary fintech sector?