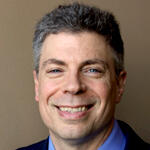 Mark Pesce is an inventor, writer, entrepreneur, educator and broadcaster. In 1994, he co-invented VRML, a 3D interface to the World Wide Web. He has written six books, including VRML: Browsing and Building Cyberspace and The Playful World: How Technology is Transforming Our Imagination, which used toys such as Furby and Sony's PlayStation to explore our interactive future. For seven years, he was a panelist and judge on the Australian Broadcasting Corporation's hit series "The New Inventors," celebrating Australia's newest inventions and inventors. A highly-regarded speaker, he entertains and informs audiences on the future of technology, media, government, health care, and education, and is a regular guest on James Valentine's ABC 702 radio program. His articles about technology and culture are regularly published in WIRED, Sydney Morning Herald, The Age, and ABC's The Drum. In 2006, he opened the doors of FutureSt, a Sydney consultancy dedicated to helping clients identify and benefit from the opportunities of connected business. In 2012, he co-founded MooresCloud, an Internet-of-Things startup dedicated to providing beautiful, intelligent and connected lighting for the home. 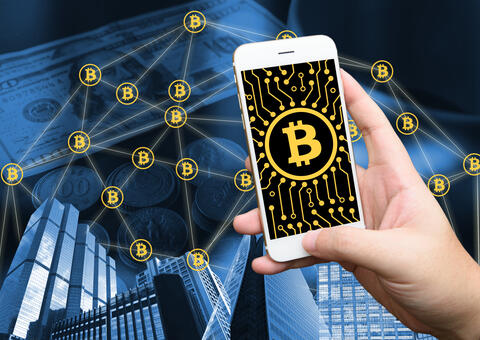 Smart Money: How Smartphones and Blockchains Transform the Economy

Written history begins with a ledger, recording the deposits within a Sumerian temple granary. Three thousand years later, coins appeared nearly simultaneously in Anatolia, India and China, working so well that by the Song Dynasty, merchants - carrying coins in long strings around their midsections - invented paper money to avoid being crushed by their own riches.

In the 13th century, double-entry bookkeeping created a framework that reduced errors while simultaneously increasing auditability. Banks tracked assets and debits, moving funds between branches through ‘Bills of Exchange’ - forerunner to the modern check.

Fifty years ago, IBM kicked off the financial computing revolution with the System/360. Within a generation every financial institution had migrated from paper to software accounting, the speed and ease of which led to a growth in a new financial instrument - the credit card.

Credit cards have become deeply embedded with the biggest technological transformation of our lifetimes - the smartphone. Introduced less than a decade ago, eight percent of all adults on Earth will be using a smartphone within the next four years. Only a billion of those adults have access to the banking and credit systems that make our smartphones essential commercial devices.

For the smartphone to fulfill its potential as universal commercial tool - putting the money economy into the hand of everyone, everywhere - we need to adapt money so that it can live inside these ubiquitous and increasingly powerful devices. A new innovation in ledgers provide a path toward this transformation.

In 2008, a paper published pseudonymously described a mathematical technique for creating a "distributed ledger" allowing for complete transparency, auditability and mathematical certainty of its accuracy. The original distributed ledger was used to create the accounting system supporting Bitcoin, the world’s first "cryptocurrency", and distributed ledgers have proven useful when information needs to be shared among untrusted parties.

While banks have found many uses for distributed ledgers, Bitcoin continues to be held at arm’s length because of the AML and other compliance issues it raises - fanned by notorious cases as the black market website Silk Road. Yet cryptocurrencies are an ideal fit for the smartphone, as they provide most of the benefits of the banking system for billions who have no formal relationship to it.

That pressure - from four billion people - will force one, then all state currencies onto smartphones. Distributed ledgers prove this can be done safely, securely, and with a high degree of confidence that central banks can retain control of the money supply. As can be seen from the example of M-Pesa in Kenya, money velocity through the economy would be significantly accelerated in every nation that adopts a digital form of their currency.

Smartphones then become true wallets, capable of storing and spending cash. Banks, stripped to core banking functions, are reborn as apps, running in the cloud, with dramatically lower costs to onboard customers, vastly increasing the number of banked individuals and SMEs. Digital currencies kickstart a virtuous cycle of economic inclusion that expands both the economic base and the banking system.

Where will this happen first? Probably not in the advanced economies - the impetus simply isn’t there, as large percentages of the population already have access to the credit system. Yet in India or East Africa - already the dominant markets for mobile money services - a digital currency would be adopted very quickly, leading to an explosion of economic activity, with new fintech products and services that could be exported globally.

The question isn’t if digital currencies will happen, but when. Banks today need to think about their future tomorrow as apps in a truly digital economy.